On July 4th, Tweed gave a speech at a Tammany Hall celebration for Independence Day.  He promised to carry on a strict government and noted the people’s right to call officials to account if they did not perform their duties properly.  Two weeks later, the New York Times, under the headline Proofs of Fraud, began publishing the details of Tammany’s enormous frauds gleaned from the city’s books.  Nast launched a series of cartoons in Harper’s Weekly, about twenty through the end of 1871, ridiculing Tweed. 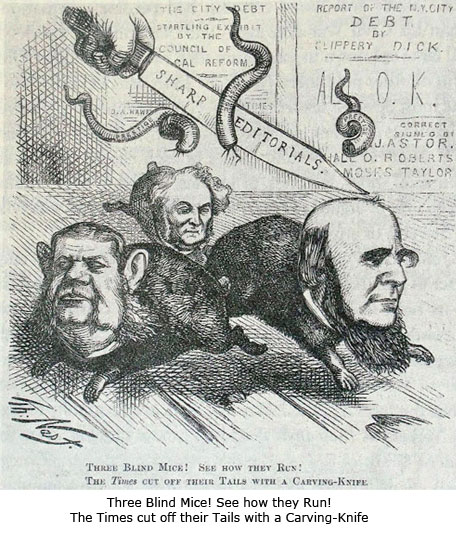 This cartoon of July 22, 1871, ridicules three prominent gentlemen - John Jacob Astor, Moses Taylor and Marshalk O. Roberts -  charged earlier in the yearwith examining the city's financial books.  They spend six hours, looked only at records Tweed showed them, and asked no questions. before giving the city a clean bill of health. 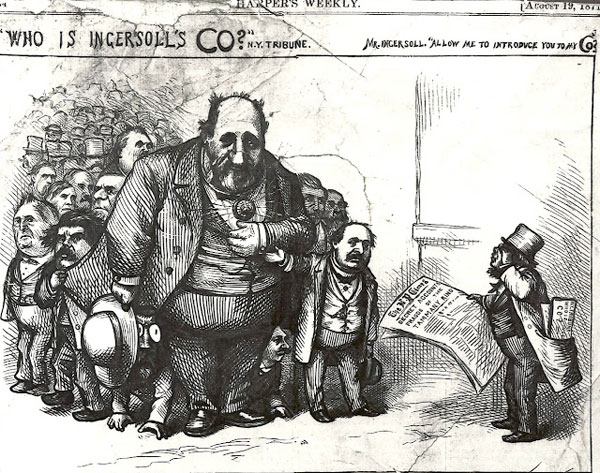 This cartoon of August 1871 shows a New York Times reader confronting Tweed and his cronies.  The headline reads Secret Accounts Frauds by the Tammany Ring.  The stone resting on Tweed's chest would beccome a feature of Nast's mocking.  It is a ten and a half carat diamond his friends gave him for Christmas. 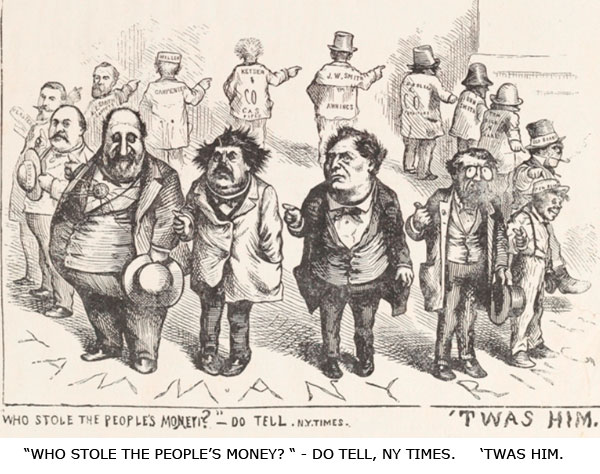 Also in the August 19th Harper's Weekly, Nast drew Tweed and others in the Tammany Ringe passing the buck around the ring. 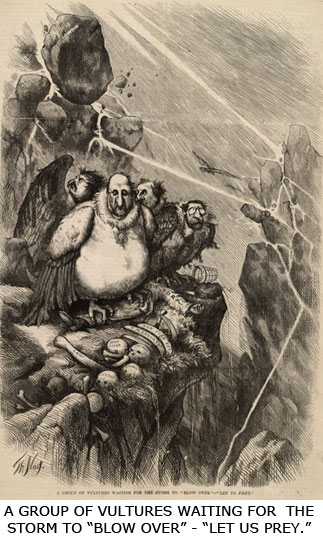 As the storm created by the Times raged in September, Nast drew Tweed and the Ring as waiting it out but ready to swoop back in. 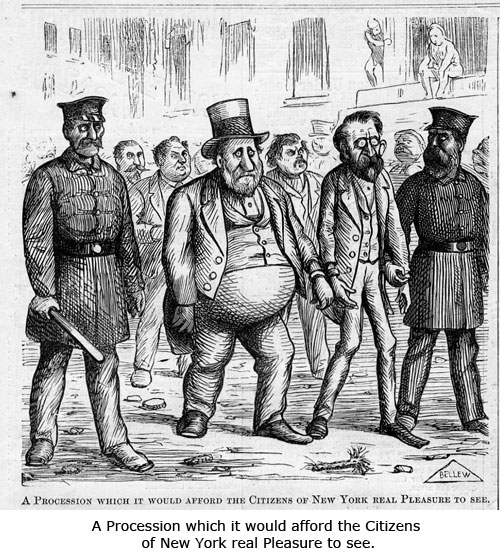 Another September cartoon showing Tweed carted off to jail was just wishful thinking.