Tammany refused to die, however.  Nast chronicled the ebb and flow of its fortunes over the next few years, pitting the Tammany Tiger against the Republican Lamb. In 1886, he admitted Tweed's legacy lived on. 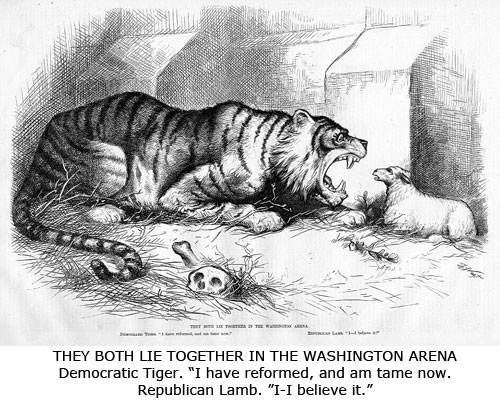 In January 1876, the Tammany Tiger is still intimidating the Republican Lamb. 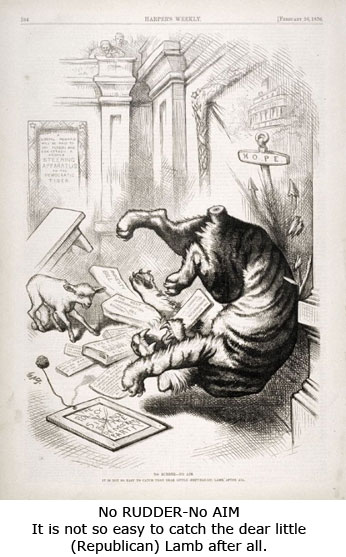 By February, the tiger has lost his tail and his bearings. 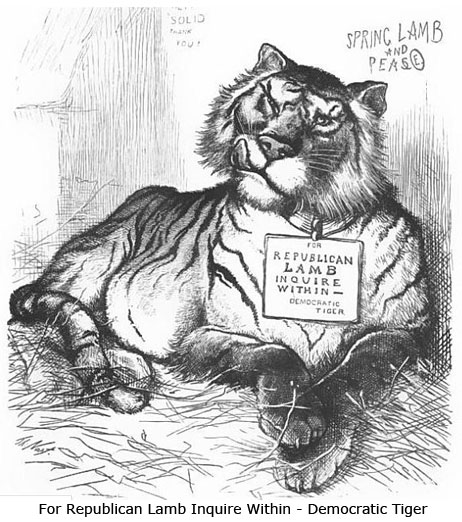 When November 1877 arrives, the Tiger has eaten the Lamb. 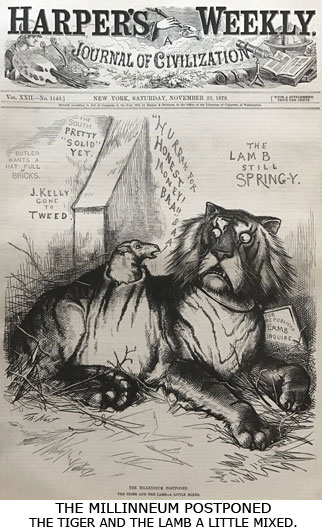 A year later, the Lamb rises from the eaten to challenge the Tiger.

Years later in 1886, Nast admits defeat. The Boss may be gone but his offspring lives on all over the land.