The Gornergletscher above Zermatt is my favorite place for a close-up hike to a glacier. It is the second largest glacial system in the Alps, behind Switzerland’s Aletsch Glacier.  It comes off the Monte Rosa Massif, which contains Switzerland’s highest summit, the Dufourspitze, at 4,634 meters. (Since that peak rises on the border with Italy, the Dom claims title as the highest mountain entirely within Switzerland.)

The picture below is a panorama of the glacier and the surrounding mountains from the trail that runs along the ridge on its east side.  You can see the trail on both ends of the picture (the panorama gives it the curvature; it actually runs relatively straight.)

The picture below is a closer view of the core.  Below that are views of the 4000+ peaks. 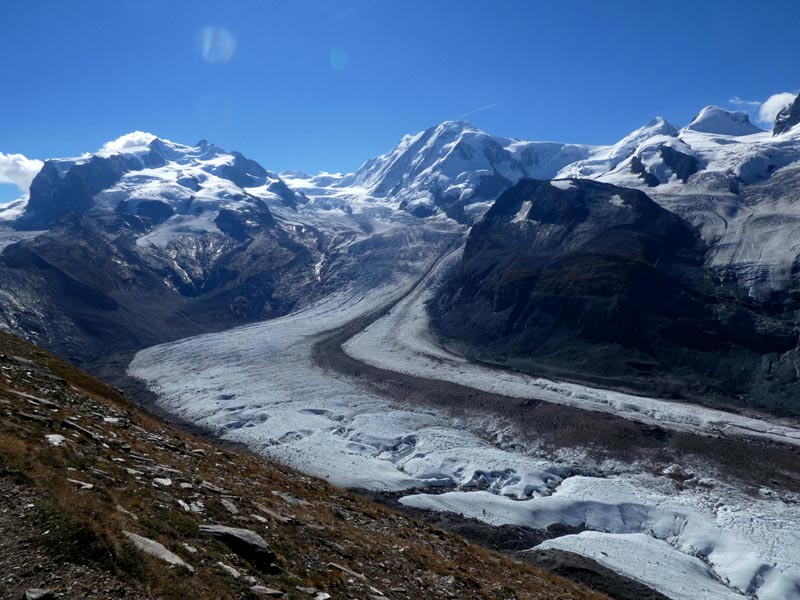 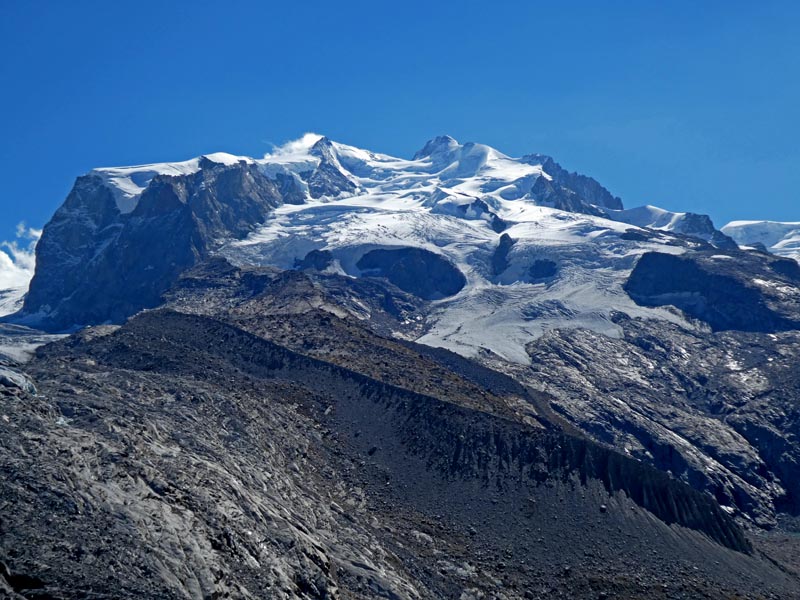 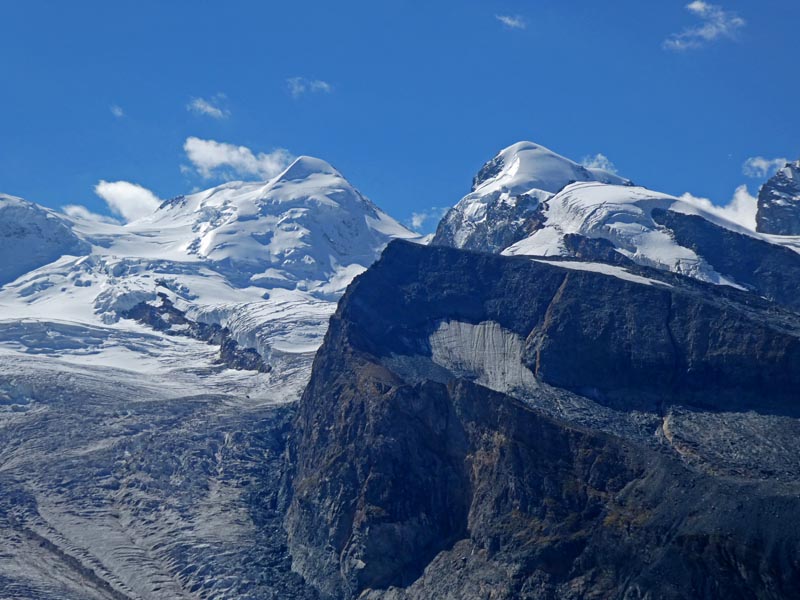 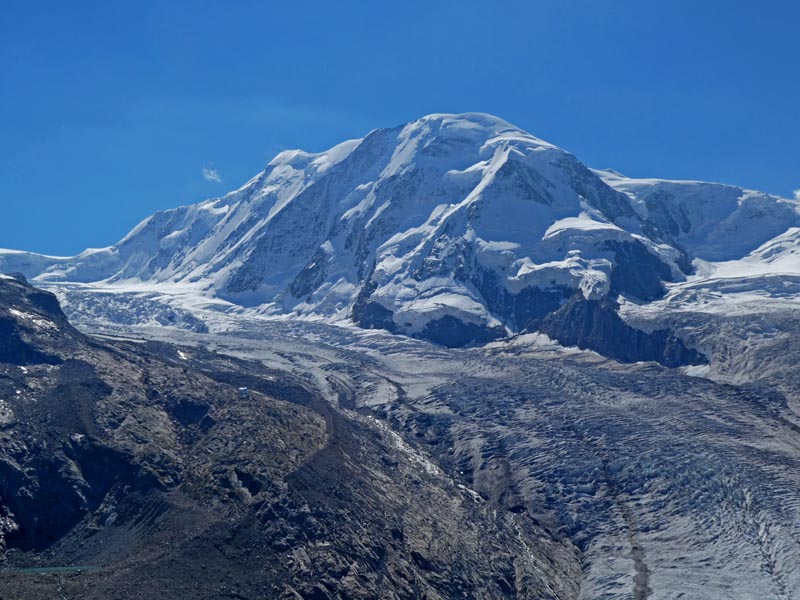 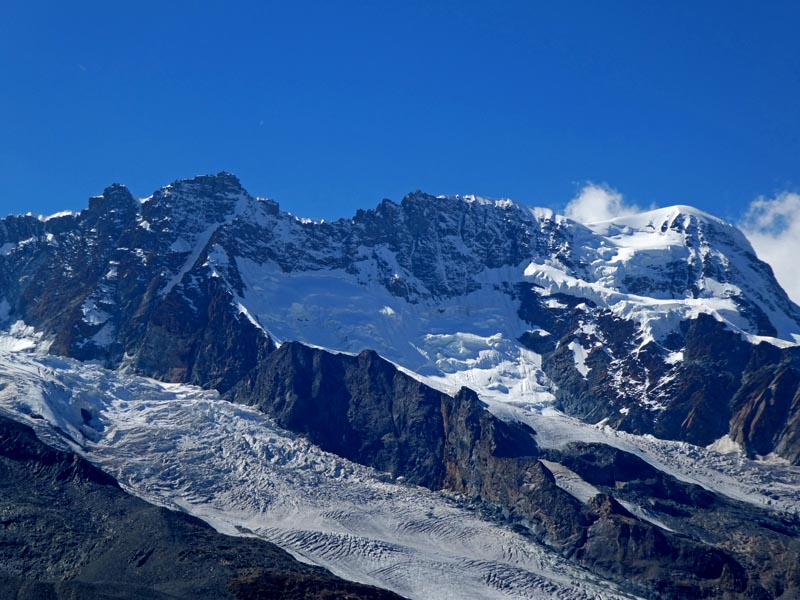 Finally is a view to give a sense of the scale.  Notice the tiny red spot on the far right of the picture (vertically in the middle).  That is Diane standing on a ridge overlooking it all. 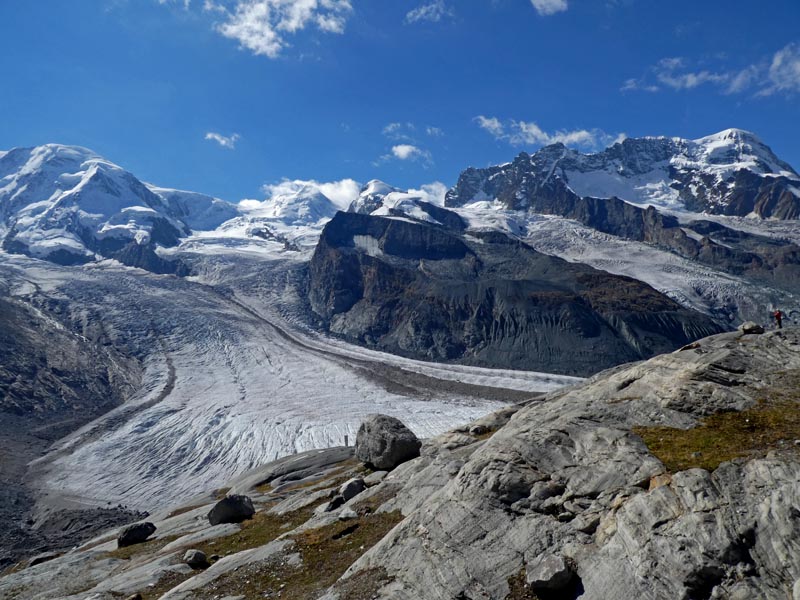 Preview details of this Gornergletscher hike or find the hike in Diane’s book Best Hiking in Switzerland: The Valais, Bernese Alps, the Engadine and Davos.