Though Tweed won his seat in the State Senate, Tammany lost big in the November elections.  The Times interpreted the results as meaning that henceforth only honest men would be deemed eligible for important posts in municipal government.  Nast’s cartoons in November acknowledged the drubbing but he didn’t buy that Tammany was washed up. 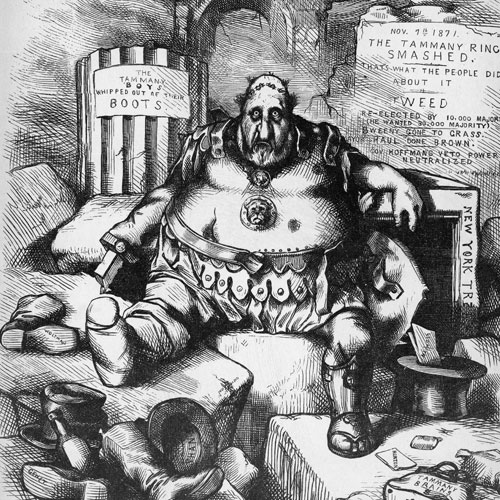 Reprising an earlier cartoon of Tweed as a victorious gladiator, Nast portrayed the Boss as a fallen warrior.  Tammany was smashed in the 1871 election and Tweek kept his State Senate seat by a paltry ten thousand votes. 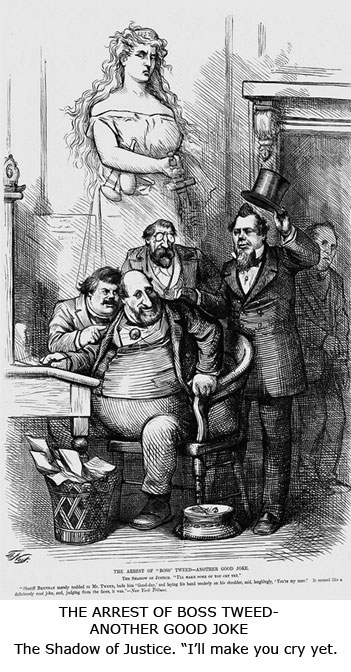 But Nast recognized Tweed's arrest, at which the Boss immediately posted a million dollars bail and never went to jail, as a joke.  He added to this caption a quote about the arrest from the New York Tribune:

“Sheriff Brennan merely nodded to Mr. Tweed, bade him ‘Good-day,’ and laying his hand tenderly on his shoulder, said, laughingly, ‘You’re my man!” It seemed like a deliciously cool joke, and, judging from the faces, it was.” 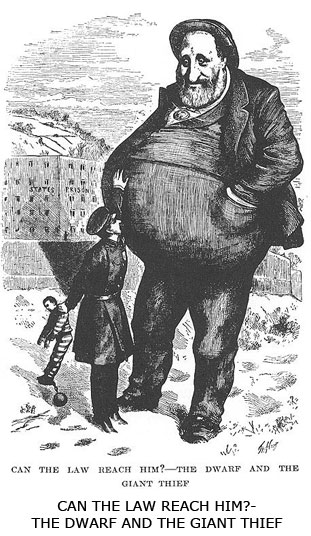 Tweed looming over the law gives Nast's answer to the question of this cartoon. 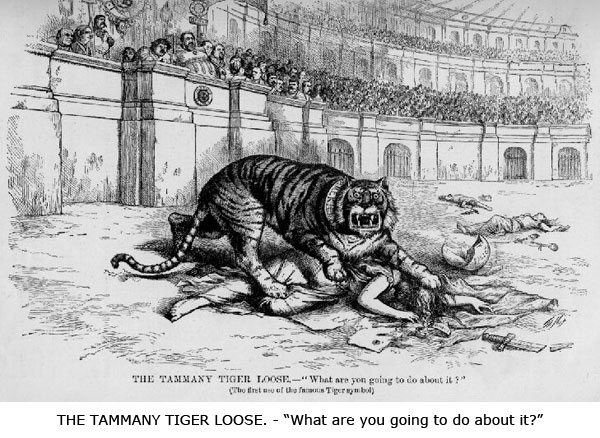 For anyone thinking Tweed and Tammany are washed up, Nast for the first time draws the symbol he will continually use to represent the Machine's strength, The Tammany Tiger, in this representation feasting on the spoils.